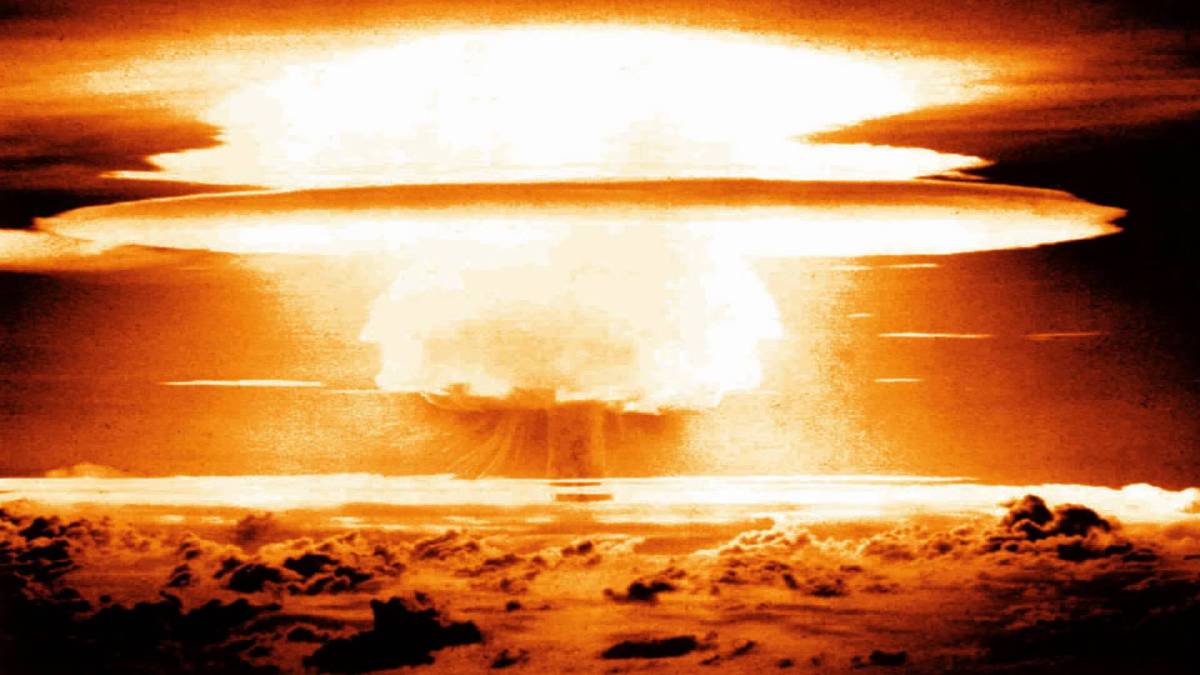 Curses on the bunch of you. Who do you think you are? After thirty years or so of mostly easing nuclear tensions, you now start escalating again? How dare you. When did you decide to abandon basic human decency?
You peck and rail against one another. President Putin, you invade the sovereign territory of the Ukraine. Oh, I’m sure you have your reasons, and you feel they are very important. And President Obama, you condemn President Putin and belittle Russia, while you, and we all, know that for decades our own country has invaded others at will, and frequently with very thin reason, from Grenada to Libya to Iraq. You scorn the Russian President and yet you know that the United States is no better, has been no better. We have no high ground from which to throw stones.
And now, President Putin, you start making nuclear war noises again, as if you have forgotten that such a war has no winners, especially in this day of hydrogen bombs. You have bunkers for many millions that America does not have, but you know that there will be nothing but desolation and death by radiation awaiting the occupants of those bunkers when they exit. If they exit.
I’m a simple citizen. I am far from perfect. I’m not a terribly important person. I’m not a great world leader. I never felt the need to chase that kind of ambition. I was a teacher. I still teach on occasion. I love my children and my cats. But I know this. Neither of you is worth the mantle of leader, nor even a claim to the title of decent human being, if you lead this world into an unspeakable nuclear conflict. And in your hearts, you must know that.
I am not omniscient, but I trust and hope that if God is truly just, every individual, in every country, who worked on the creation of nuclear weapons suffers eternal torment in the deepest corners of Hell. If the two of you lead the world into the actual horror of a nuclear war, you will deserve to plummet even lower. Never mind who did or does what first at this stage. Both of you, and the leaders of the two countries, and England, and France, and every other country that has built these Godless weapons, have created the playing field and prepared the game plan. You are equally at fault. There is no innocence.
If you are truly worthy of the positions you hold, if you have any real claim to the leadership of millions of people, there is only one recourse for you. Stop this escalation of nuclear confrontation now. Right. Now. Then get together and agree to one thing at the beginning. There is no conflict that is worth the destruction of human life on this planet to a scale that is virtually inconceivable. Then agree to get rid of the damnation of nuclear weapons once and for all. Start now. Use the mutual strength of both nations to force other nations to do the same. Bring China into the fold. England, France, all of the nuclear nations. As each new nation joins the mission to end nuclear weapons, the strength to convince others becomes greater. Find common ground, and I don’t give a damn how difficult that may be. If you are leaders, your job is to make it happen, not continue to put the people of the world at ever increasing risk of the unspeakable.
Mankind has a terrible enough history of violence as it is. Centuries of killing and maiming and stealing and torturing each other. It’s time to put an end to it, not take it to even higher levels. Mankind cannot survive a nuclear war. Russians will be gone, Americans will be gone, Brits and Chinese and French and all the other peoples of the planet will be gone, because once this Pandora’s Box is broken open by the two of you, there will be no closing it.
President Obama. President Putin. It’s time to be real leaders. It’s time to quit acting like petulant children toward each other and holding the whole world hostage. It’s time to be who you like to think you are.
And Hillary Clinton. I expect you will be the President of the United States in a few months. Everything I have just said will then fall on you, as well. Then I will be saying to you, if we are all still around at that point, it is up to you to be that person you think you are.
How have we reached this point? How have we moved to the edge of a nuclear abyss, with the survival of the race, not to mention the survival of all the other species living on this planet, at risk, and all the billions of us who breathe this air and drink this water and love our children, can do nothing except hope and pray that a handful of ambitious people like yourselves, whom we call our leaders, do not betray us to the ultimate degree because they have petty disputes with each other?
Enough! For decades you have played lip service to the need to rid the world of these abominations! It is time, right now, for those of you who claim to lead, to start by leading us once and for all away from the nightmare of nuclear war. Make your peace. Get rid of the damned weapons. Stop playing with annihilation as if you were Gods. If you set these things off, you are monsters, every single one of you. You yourselves are the abominations.