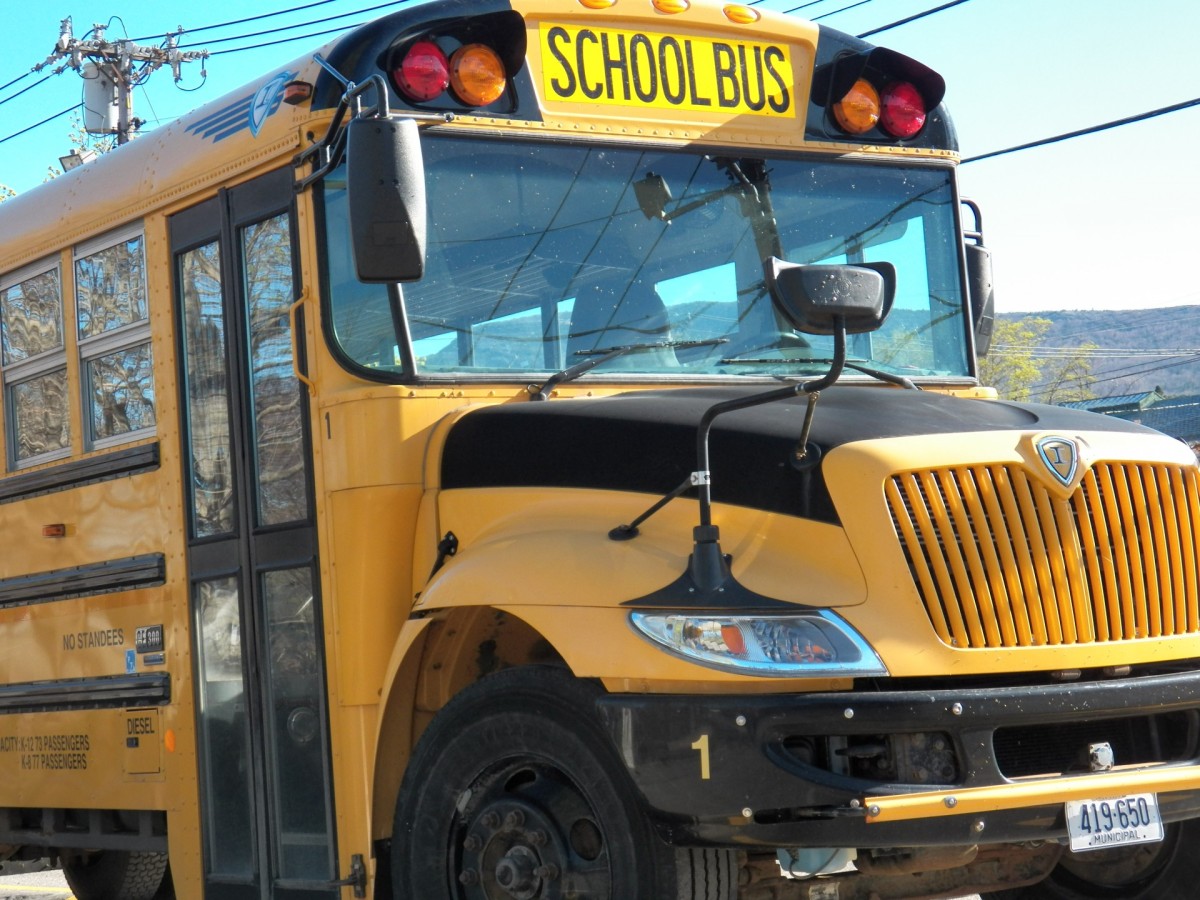 I just read about a school bus driver in Minnesota who was relieved from his route due to leading students in prayer on his bus.

The article said he forced the students to pray with him. He denied that. But he did pray with them, and evidently, on occasion led them.Whether he forced them to pray with him or not isn’t the issue. He should not have been praying with them. Period. Removing him from school buses was entirely proper. It was necessary. The driver said his First Amendment rights were violated. He was wrong.

The action taken by the bus service here is entirely appropriate. Students have the right to pray individually or among themselves. However, the bus driver leading the prayer was in clear violation of the separation between church and state. This is a critical pillar of our Constitution that must be safeguarded at all costs, for the good of the entire citizenry. It had to be addressed, and was. The driver, by the way, was not fired.
During the forty years that I taught theatre, students frequently asked to hold prayer circles before play performances. I never advocated it. I never suggested it. But if they told me they wished to do it among themselves. I always allowed it. I never participated. I made clear to them I couldn’t do this, and I distanced myself. That is the way it must be handled.

Religion is perhaps the most acutely personal aspect of any human being. No particular faith has any right whatsoever to be endorsed by the government, or individuals in government positions, over any other. In the school setting, a teacher or school official must not participate in religious activities during, though it is acceptable in many places for clubs, initiated and conducted by the students themselves, to meet as an after school activity, with a student-requested staff member who agrees to be present for supervision only. The public schools cannot be, and must not, be in the business of advocating any particular religion over any other.

Christians who claim they are ‘under attack’ are crying wolf. Please. They are not in any way under attack. Do they still have the right to pray in their churches and homes? Yes they do. Have any Christian churches been closed down by city/county/state/federal agencies for practicing their religion? Of course they haven’t. Are Christians still free to “witness” for friends and others on behalf of their faith? Yes they are, as long as the people they are witnessing to agree to it. This claim of being attacked is based on one thing only, their not being allowed to enforce their own religions beliefs on others in a multi-cultural, multi-faith society.

BUT 1: The state does not advocate for any particular religion. That is the only way the state can fairly represent all faiths. It is unreasonable, unethical, and improper for Christians to expect to be given preference.
BUT 2: Business owners operate under a state/local license that empowers them to offer their goods to the public. This means ALL the public. It does not give them the right to refuse service to those with whom they disagree, whose skin or nationality or sexuality is different from their own, who wears their hair oddly, etc. It’s a simple—and absolutely vital— matter of civil rights, which are guaranteed to all citizens. Baking a cake or making a pizza for someone who’s ‘different’ does not indicate agreement, comradeship or partnership with them. It’s nothing more than the matter of meeting the responsibility of being licensed to sell to the public. Anyone who thinks that refusing service to someone whose skin color or lifestyle is different from their own is one of their civil rights, is grossly mistaken. The buyer’s civil right to buy a cake, etc., easily overrides the business person’s assumed right to insert the prejudices of their personal religion into the public obligation which is part of their license. Again, the government doesn’t deal in religion. It deals in civil rights. These must be safeguarded for all of its citizens.
BUT 3: The First Amendment of the Constitution does not expressly give, nor does it imply, permission to violate the separation of church and state. It does not allow one person’s religion to eradicate the civil rights of another person. It does not make one person superior to another in the conduct of business due to their religion. Period.

The founding fathers of our country, who were mostly Christians, saw the danger of mixing government and religion. They did everything they could to prevent it.  Regardless of what Christian zealots like to think, the Constitution did not—and this was by design—establish the United States as a Christian nation. Our country is a country of many religions, just as it is a melting pot of many cultures and traditions. None has the privilege to enforce itself over others.

Christians who complain that they are “under attack” because they are, in actuality, seeking and being denied special treatment under 1, 2, or 3 above, are behaving like petulant and badly behaved children who don’t get their way. It’s time they realized that. Neither God nor Jesus ,at any time, gave them special permission to consider themselves any better than others. Otherwise, they make end up making their imagined “war on Christians” a self-fulfilling prophecy.

A- Religion is personal, and cannot be enforced by one faith upon another.
B- Society is governed by laws and mores for the well-being, the “…life, liberty and pursuit of happiness,” of all the people.

Never the twain shall meet. Amen.