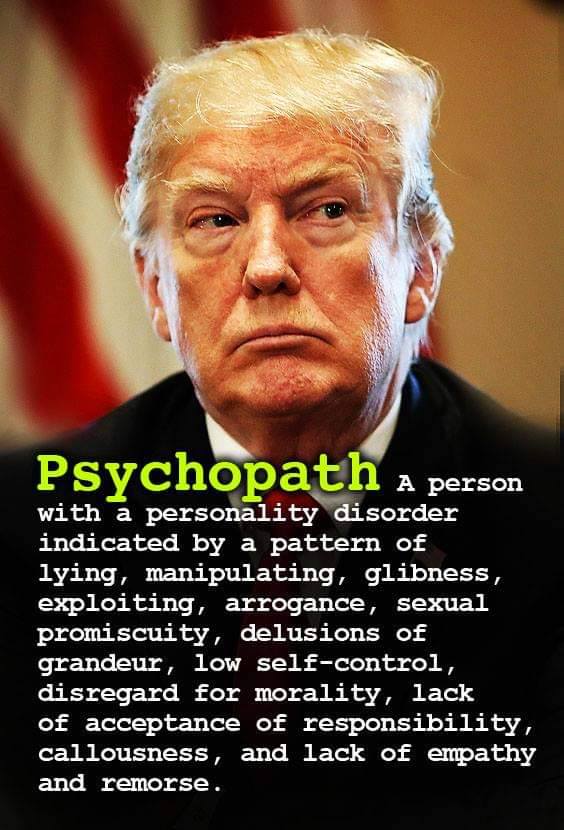 I want to use my own blog today to suggest you read an excellent piece by another WordPress blogger, anonnynonny. “GoodTrouble.” I hope he/she doesn’t mind my sharing their post with attribution. If so, just let me know, and I’ll remove it. The piece is titled THE CASE AGAINST DONALD TRUMP, and is on point.

This is an excellent blog piece. It says everything I have been saying and writing about Donald Trump for four years, and of course I’m not alone. I’ve lost track of the number of times I’ve made the exact same points, but to Trump supporters nothing gets through to them. Ignorance is their game, and hypocrisy is their shame. I’ve reached the conclusion that Trump supporters generally fall into one of four very different but intertwined groups. In no particular order they are: 1- the wealthy, because he feeds their wealth and buttresses their power; 2- the racists and white supremacists, because he is one of them and feeds their hatred and ambitions; 3- the far right “Christian” extremists (Think evangelicals and southern baptists), because he feeds their twisted bibliocracy and vision of a theocratic America; —Groups 2 and 3 are also immensely tribal.— 4- The group I call the FIGS, the Fearful, Ignorant, and Gullible, who are afraid of change, intellectually limited, and ill-equipped to deal with complex issues. They who the hand-wringers who fear progress itself because it is the virtual definition of big change. They are unable to process and analyze issues for themselves (example: they have little understanding of what the terms capitalism, socialism, and democratic socialism actually mean), and as a group very (Christian) religious. They accept the ‘guidance’ of someone they look up to (their minister, their family leader (usually male), or some other authoritative, charismatic individual to tell them what to think and believe. Donald Trump gives them exactly that kind of person. Once he has his hooks into them, they are his. These four groups are also masterfully, powerfully manipulated by the Republican power structure, which over the past fifty years has evolved into the nasty group, a virtual Hydra, it is today. Today’s Republican party is founded on two foundational principles. 1- Pure Darwinism. Only the strongest shall, or should, survive. 2- Extremely weak federal government, controlled by extremist “Christian” theology centered on white people, pure capitalism in its most extreme version. The most ambitious and successful shall dictate the economy and the country for their own profit and empirically decide what the working classes shall receive for their labor. Refer back to #1 above, and think pure Darwinism enforced by the most ruthlessly ambitious. No, I’m not a Marxist, and this is not any kind of ‘insane socialist’ rant on my part. It’s actually what is considered the latter days stage of unrestricted capitalism. Latter days as in complete collapse of semblance of democracy.